On November 9, 2021, right as the clock strikes 12:01 in the morning, a Team GO Rocket event was scheduled to begin in Pokemon GO. This was an event called “With Light Comes Shadow…” as named after one of the several phrases a Team GO Rocket grunt might say before entering a battle. This event is special as it brings Giovanni back to the game after an extended absence, along with Shadow Lugia!

If you are fighting Lugia, you’re going to be taking on a mainly Psychic Pokemon with a bit of Flying-type action. This Pokemon is weak to Ghost, Dark, Electric, Ice, and Rock-type moves. As such, you’re going to want to bring out Pokemon like Gengar, Magnezone, Weavile, Raikou, Gyarados, Manectric, Darkrai, Tyranitar (Smack Down and Crunch), and even Hoopa!

Once you capture a Shadow Lugia, you’ll do well to make sure it has Dragon Tail as its Fast Move – or teach it said move for optimal battle action. The best Charged Move a Shadow Lugia can have is certainly Aeroblast. Teach that monster this move with a Charged TM, for sure. Future Sight comes in at a close second.

If you have a Super Rocket Radar, you’ll have the opportunity to find and battle Giovanni. If you do not have a full Super Rocket Radar, you’ll need to complete some Special Research to attain said Radar. In the past, Niantic planned on releasing a bit of Giovanni Rocket Special Research at the start of each month – that didn’t pan out. Now that we’re seeing Giovanni return to the game, Niantic might be indicating that they’re ready to try a month-to-month launch sort of deal – we shall see!

Sierra’s team is slightly less of a mystery than the rest – shell have Shadow Nidoran for the start, followed by Shadow Beedril, Shadow Vileplume, or Shadow Slowbro. The third Pokemon on Sierra’s team will be Shadow Houndoom, Shadow Marowak, or a third mystery Pokemon.

Battling the rest of Giovanni’s team will require that you take on Shadow Persian first. The second Pokemon will be Shadow Rhyperior, Shadow Kingler, or a third mystery Pokemon. The final Pokemon you’ll battle with Giovanni will, of course, be Shadow Lugia.

NASA’s SpaceX Crew-2 undocks from ISS: What happens next

This beginner friendly Linux development bundle is on sale for $20

Apple is still fighting Russia over alleged App Store abuse. Both 9to5Mac and RT report Apple is asking for a judicial review of a Federal Antimonopoly Service warning from August that allows developers to mention alternatives to the App Store’s in-app payment system. FAS gave Apple until September 30th to alter its policies, but the company declined to change its rules despite the threat of a fine.

The opposition parallels Apple’s legal battles in the US. The judge in Epic’s lawsuit against Apple ordered the tech firm to let App Store developers point to other payment systems, but Apple appealed the injunction in hopes of a delay. The court denied Apple’s request, and the company will have until December 9th to let app makers point to other options. Apple will make exceptions to its policy for some media apps in 2022.

Pushbacks like those in the US and Russia aren’t surprising. Apple still makes most of its money through hardware sales, but its services business is growing. Easier third-party alternatives could theoretically hurt App Store revenues, not to mention increase the chances of rogue apps pointing users to malicious sites. The iPhone maker might not have much choice, however. Regulators are concerned Apple’s approach stifles choice and competition, and they’re unlikely to let the matter slide. 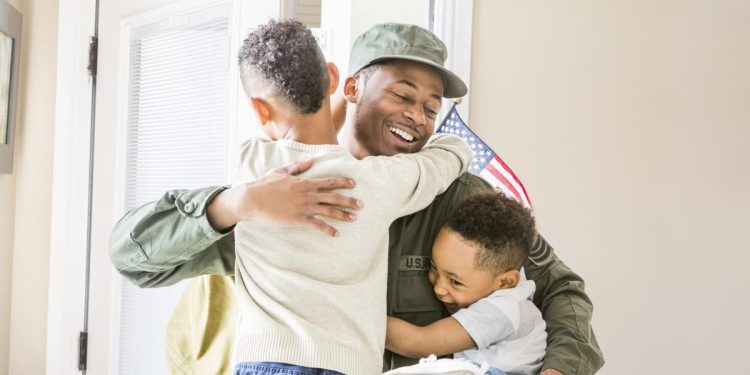 Hear from CIOs, CTOs, and other C-level and senior execs on data and AI strategies at the Future of Work Summit this January 12, 2022. Learn more

New research from Lookout Threat Lab has found a long-running phishing campaign that is actively targeting families of United States military personnel, as well as individuals interested in pursuing a romantic relationship with a soldier. The scammers impersonate military support organizations and personnel to steal sensitive personal and financial information for monetary gain.

Based on Lookout’s analysis, it’s clear that the threat actor is looking to steal sensitive data from victims such as their photo identification, bank account information, name, address, and phone number. With this information, the actor could easily steal the victim’s identity, empty their bank account, and impersonate the individual online.

A number of infrastructure indicators and open-sourced intelligence findings lead the Lookout Threat Lab to believe that the threat actor operates out of Nigeria. The websites were primarily hosted by Nigerian providers that are offshore or ignore the Digital Millennium Copyright Act (DMCA) — in both cases, these sites were fairly protected from takedowns. Researchers were able to further confirm the operator’s location from a phone number one of the web developers accidentally left on the draft version of the site. The country code of the number is from Nigeria.

Likely for economic reasons, the threat actors chose cheap, shared hosting services for the scam websites. This can present an obstacle to research, as hundreds or even thousands of domains may share the same virtual resources and resolve to the same IP address. To uncover additional sites from this campaign, Lookout researchers were able to reference the contact numbers on these sites, which happened to be reused.

When the Lookout Threat Lab dove into the registration information for various sites, they found that the actors practiced fairly poor operational security, often reusing phone numbers, email addresses, and other registrant information, which made the campaign easier to track. In addition to the shared resources and contact information on the actual websites, this information enabled Lookout researchers to identify 50 military scam sites tied to this campaign. They were also able to link this group to numerous other scams advertising fake delivery services, cryptocurrency trading, banks, and even online pet sales.

As compromised accounts are one of the most difficult threats to combat, the Lookout Threat Lab recommends all organizations deploy a dedicated phishing solution that works regardless whether the employee is working inside corporate perimeters or not.

VentureBeat’s mission is to be a digital town square for technical decision-makers to gain knowledge about transformative technology and transact.

Our site delivers essential information on data technologies and strategies to guide you as you lead your organizations. We invite you to become a member of our community, to access:

eBay banned some users by mistake

Twitter isn’t the only big-name internet company to have accidentally banned users this week. As The Verge reports, eBay has confirmed it suspended a “small number” of users by mistake on December 3rd. The company didn’t provide a cause or reveal the extent of the problem, but said it had fixed the slip-up and notified those affected.

There may have been a significant number of victims. Reddit users devoted a large thread to the bans, noting that there weren’t any potential red flags for at least some of the accounts. People were suspended even if they had excellent buyer and seller histories or hadn’t used eBay for years. Those who contacted eBay were denied appeals and, at least once, told they put eBay users “at risk.”

While it’s not always clear what prompts unintentional bans, incidents like these underscore the limits of moderating internet services. Companies often have to lean on automated moderation to handle the sheer scale of content, and those human moderators that are available can still make mistakes. Gaffes like this are rare, but might be difficult to avoid without double-checking decisions.

Analyzing Which is the Most Likely Bitcoin (BTC) Wave Count?

How to choose a secure DeFi wallet, explained